My name is Owen – thank you for visiting our site.  And you may ask – why does this site exist? What is  the purpose?

I have loved recorded and (especially) live music since I was very young. It was not always clear why I was so much more drawn to music than anyone else I knew at the time, but it has continued to be an important component of my life ever since I first listened to my first AM radio. When I say “music” I generally mean rock, but I have widely varied interests – to me, there is “good” music and then “other” music. I love to interact with others who share this passion – and the internet provides an easy way to create or join a community of like-minded enthusiasts.

A Little About Me

I grew up in a very rural area in southern Minnesota, which wasn’t exactly a musical mecca. My earliest exposure to pop/rock was the aforementioned AM radio – Casey Kasem played a big role in my formation of my musical tastes. Luckily I grew out of this as those days heavily featured disco and really schlocky pop music.

My parents both loved jazz and classical music, and played piano, but it was not a big part of family life. I don’t remember my first album purchase, but it was probably something embarrassing (KC and the Sunshine Band?). High school mainly consisted of a rock soundtrack featuring Queen, Foreigner, Journey, Rush et al. Cassettes were my main form of consumption, luckily my first car had a cassette player installed and not 8-track. So you can now guess – I ain’t a youngster.

As it is for many, my tastes in music (and many other things) evolved during my college years. Moving to the Twin Cities of Minneapolis-St. Paul exposed me to a whole new universe of sound – punk, real heavy metal, new wave, early rap, and early “alternative”. I had a pretty impressive record collection for someone my age, I have most of that collection to this day (I wish I had kept them all). I also bought my first CD – The Cars Candy-O (RIP Ric Ocasek). Over the years I collected 850 more – quite an investment that is now worth very little : ( As my musical tastes have solidified, they have also broadened. I have traveled extensively around the world, both for work and tourism, so I have learned to appreciate that not all good music is solely from the western hemisphere. There is literally a world of music out there.

During this time I also discovered live rock music – I had never been to a real concert until college. My first was U2 Unforgettable Fire tour. I was blown away, and from then on I went to see bands I had only heard on record, it amazed me to see how some bands could turn up the power of their songs and 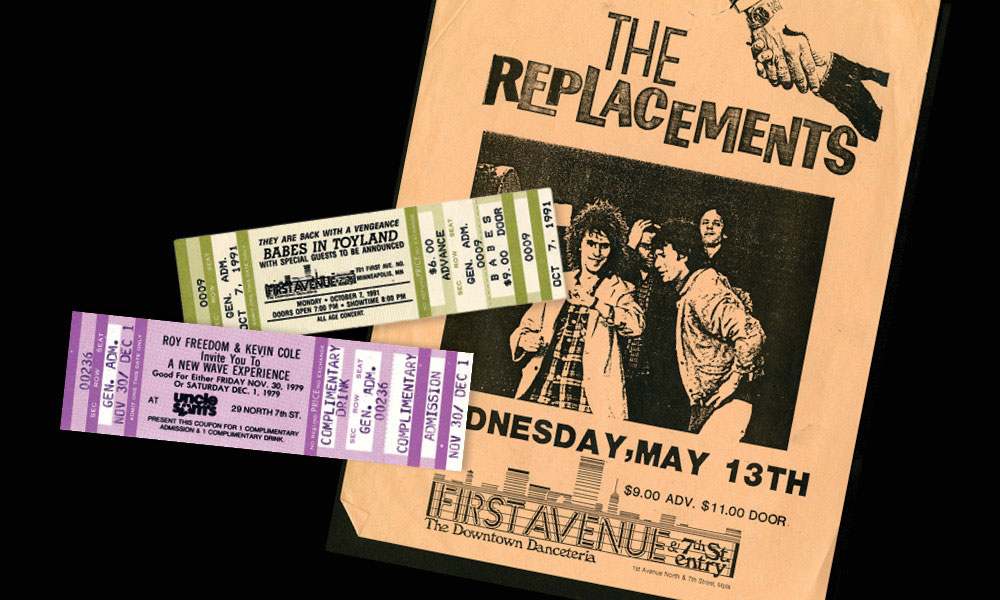 create whole new experiences every time they played them. Luckily I was in a metropolis full of great music venues beyond stadiums – clubs like First Avenue, Bunker’s, The Fine Line, etc. Virtually every night of the week there was a show I could see, and back then it was affordable even for a poor college student. I saw literally hundred’s of shows over the years, but some of those early years were the most memorable.

Over the years this has become, well, different. More commercialized and less fiscally accessible. The advent of the internet has had an impact as well, as in everything. But even so, there is still no substitute for actually getting off of the couch and standing in a sweaty crowd to see a real band show you their soul through playing actual instruments. To this day, no other form of entertainment compares for me.

So the question remains – why a website? I am not a musician, although I noodle around on the guitar a little. I have always claimed I have an engineer’s brain with a musician’s soul (without the talent). Since I will never be a rock star, I will have to share my love of all things musical through the sharing of this passion in any way I can.

I would like this site to be a useful source of information for those who have similar interests in recorded music – the return of vinyl in particular and the associated equipment, live music venues and relevant artists to see, and other related products and services.

At the early stage of this site, I will be mostly focused on geographical areas I know well for live music – primarily Minnesota and the surrounding states. Although recorded music is universal, and these days easily accessible online (hello iTunes and Google), live music is still at it’s heart a local experience, shaped not only by the music and the performance of the band, but by the crowd and venue as well. I will stick for now to these places I can actually personally recommend, although I hope with feedback over time that can expand.

Oh yeah – the name “Good Thunder” is in reference to how I feel rock music should sound, but also happens to be my home town – Good Thunder, Minnesota, pop. 574. Just FYI.