What Makes A Great Turntable?

What are the key construction items and features that make the top vinyl record players “great” vs. turntables that make Eddie Vedder sound like Justin Bieber (without the auto-tune)?  There are many factors, from the components themselves to the accuracy and noise margin of the analog signal itself – which usually ends up digitally converted and amplified in some fashion and sent through any number of speaker or headphone types. In most vinyl record player reviews these are the key components in making the record player accurately reproduce the intended sound. 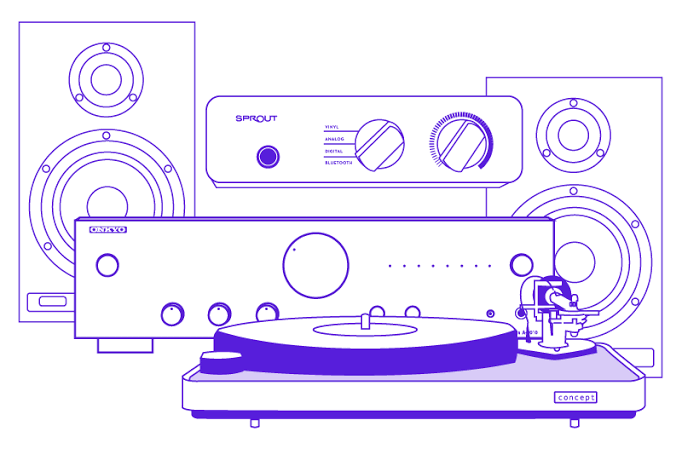 And we won’t even go into the factors involved in the quality of production of the records themselves or the cleaning and care of the vinyl. Those topics will be reviewed in more detail in a future article, but suffice it to say, they are critical to the overall sound as well.

So What To Look For?

What this means is that while one high end turntable may sound great in one system, it may not sound so great in others. Aside from the non-turntable factors, which depend on the end users method of building an audio system – turntables basically have the following components that contribute to the ability to accurately reproduce the originally intended sound. Be the first to leave a reply